on the new media writing prize

THIS ARTICLE was written for the European Literature House blog www.literaturehouse.eu 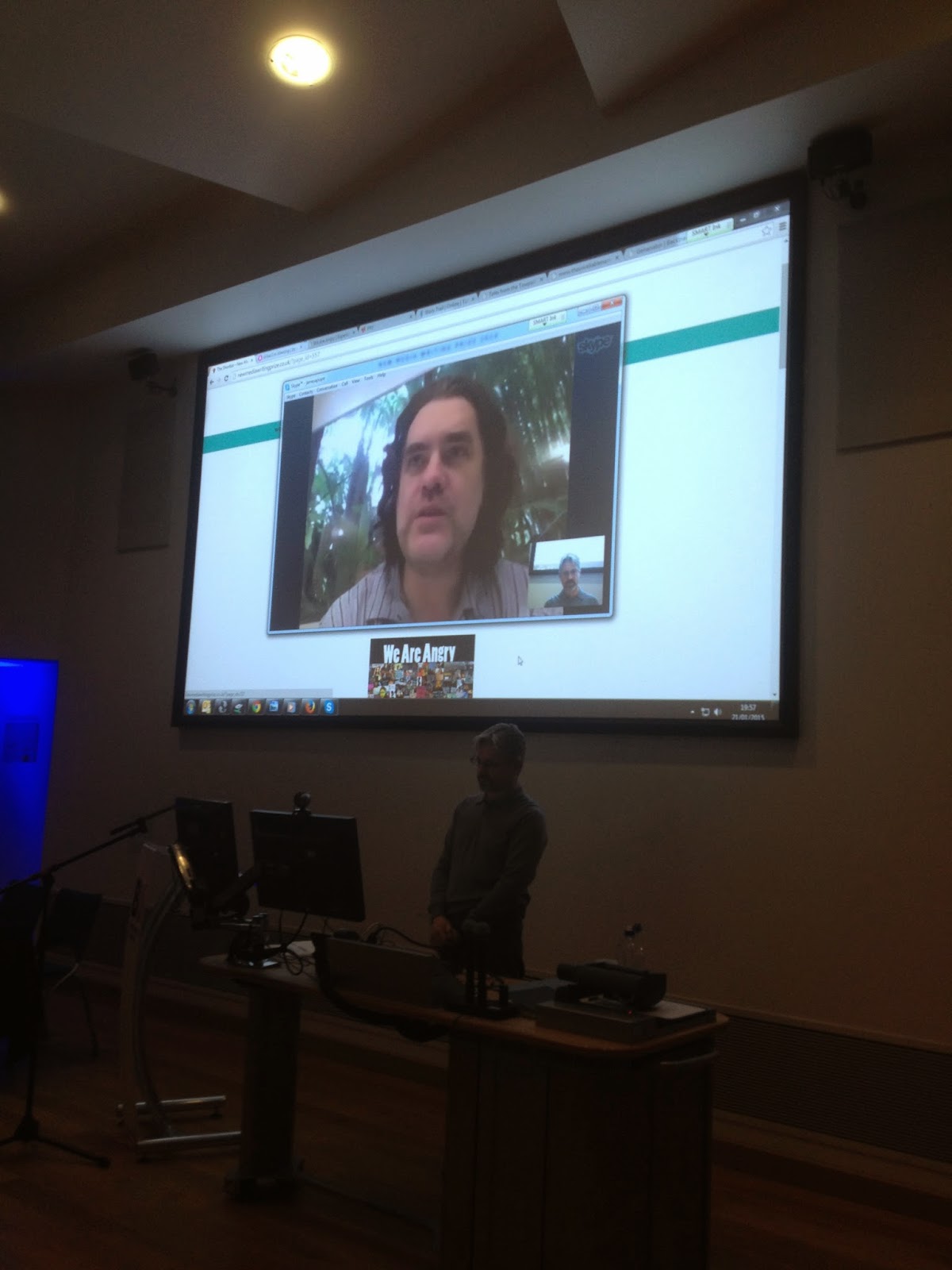 Jason Nelson, winner of the People's Prize, live on Skype from Australia in his pyjamas

It’s been a pleasure being one of the judges The New Media Writing Prize, now in it’s fifth year, run by Bournemouth University who are leaders in the field of animation in the UK, and awarded annually to a piece of literature that’s best experienced on a screen. No agents involved, no intermediaries, just a link to a writer or maker’s website will do. You can see examples of all the shortlisted works on the www.newmediawritingprize.co.uk website. It's judged in English, but a past winner was French. Of course, with an app or website, updates are always possible and translations can be added as the audience grows.

This year’s overall winner is PRY, a truly astounding app featuring film and some extraordinary tricks. In Chapter One a man lies on his bed looking up at the ceiling. With your fingers on the iPad screen you can open the protagonist’s eyes to see what he’s seeing and pinch them closed to watch the flashing text of his interior thoughts. In the middle is the text of the story. A later chapter is told in braille which is translated into audio as you run your finger across it. The story is incomplete but fascinating so far. Download it to your tablet now and further episodes will appear as if by magic over time. PRY is more compelling than many clever looking digital tales which soon get boring as one clicks deeper into a narrative lacking the power to immerse. Without the heft of a book to help you decide how long it’s going to take  and how far you’ve got, apps and websites need to clear how much time is needed to complete the story.

The People’s Prize was won by Australian digital poet Jason Nelson for Nothing You Have Done Deserves Such Praise, a hilarious satire on platform games in which the player is showered in appreciation and gorgeous sunbursts everytime their avatar does anything.

The first year of the prize I remember the iPad was new on the market, and the audience for our debate on digital publishing and the future of the book included both the old guard of paper lovers and hard core digital people who had little interest in attracting fans of conventional literature to their sites. Digital writing has been far more of a subject of academic study than something enjoyed by ‘book lovers’.

What hasn’t changed since then? Kindles and tablets abound, bookshops have closed, hundreds of enhanced book apps  have been made, for adults and children and, despite evidence of an increase in trad bookshop sales this Christmas, I reckon these days a lot more people curl up in the evening to play on their iPads than sit reading fiction.

Still most people think of digital books as flat, grey texts download to their Kindles. Meanwhile there are some staggering examples of digitally illuminated texts appearing. It would be great to hear from others about what’s happening across Europe in this field. You can read about past winners of the New Media Writing Prize in an essay by Lisa Gee HERE and see the work on the prize’s site: www.newmediawritingprize.co.uk