I haven't put much on this blog lately but it seems the right place to say this.

I’m about to embark on the PhD in Digital Writing at Bath Spa University, and before the project is put into this academic setting it seems important to reflect on what I’m on about in my own terms.

Instead of working quietly and privately on a text which might eventually be published at which point it could be promoted through live events, and a website, could even be published online in some kind of enhanced digital form, I’ve started the other way round, with an idea that at its heart involves reader response and which I want to develop through live events and workshops as well as private writing time. I’m planning to ‘publish’ chunks of it in different formats as I go along, and the composition process will involve collaborations with others and the final work will include song, images and animation as well as text. Why? Because it’s created on a device that can make all these things, and because my imagination and intelligence expresses itself in this range of ways. There’s nothing gimmicky about this. To me it seems much more natural than cutting off from the world and reducing my options to putting black print on white paper.

Yes, I’m concerned that I might have given the idea away before it’s written, that collaboration might dilute the final product, that the distractions of the networked life may keep me from the creative task in hand. But a good idea is resilient enough to cope with some exposure as it evolves. and I’m also aware that the final work is unlikely to attract as many dedicated readers as those who might like the jist and pick up a trace of that and move on – but this has always been true. I could fill a library with the books I haven’t read but know enough about to mention in conversation. Marketing spreads awareness of a work wide in hope of netting a small proportion of those it touches.

Right now I feel very excited. I’m taking a short course in Flash animation at the City Lit, working with the Ifso Band on recordings of some of the songs I’ve written in the persona of a character in the novel, I’m handing out copies of the NEARLY TIMES to friends and colleagues, scattering copies in cafes, trains and places where people might happen across them, reading a fantastic novel by one of my supervisors to be at Bath Spa, meeting with a group of writers to explore how we can work together, sorting out work issues in preparation for my new beginning.. and even managing to do some writing.

Meanwhile I’m keen to make contact with writers interested in this project and way of working. So.. here are my ‘research questions’:

To what extent have activities such as reader development projects, public workshops and websites with interactive elements and digital illumination, previously seen as purely promotional and ancillary to literature, become central to the creative act of storytelling in the age of social media and digital publishing?

What are the skills and support structures needed by writers to create, edit, promote and amplify work that takes full advantage of the creative potential of new media and the web? 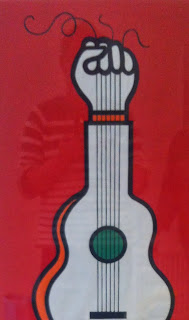 Things we nearly do are as important as what we’ve actually done.
In the digital age we can take one path but follow others virtually; with self publishing and social media, there is no clear division between the published and unpublished. I want to explore through fiction the implications of all this ‘nearlyness’ for our sense of self.

The project is about allowing a narrative to grow organically using whatever platforms and collaborators seem appropriate. To me this creative exploration is what’s been missing from debate about the future of fiction.

I will explore the research questions in the commentary to my creative project NEARLYOLOGY, an evolving digital fiction.

I will:
Write WHAT DIDN’T QUITE, a novel-length narrative, published online and on paper in a variety of formats including iBook, epub, print, on a website, www.nearlyology.com and in episodes

create a graphic element to the narrative

co-ordinate a reader generated stream of stories, some incorporated in the text, others running alongside it

I’ve already started the novel, written some songs, run workshops on nearlywriting, and on all sides this project feels ripe for development within an academic context.