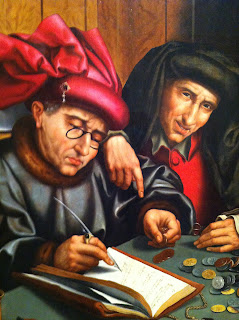 I wrote this for another site I'm setting up, but I'd like to post it here too as it received a positive reaction from people whose opinion I value very highly, and it related to my work with if:book as well as my creative writing.

There are all kinds of nearlywriters; those who are forever on the point of writing a novel, the ones who write for themselves but don’t like to make a big thing about it; emerging writers who haven’t actually emerged yet; people whose writings have been published in a few places but who for one reason or another wouldn’t describe themselves as writers.

And then there’s a new kind, someone who blogs and writes online, expresses themselves in written words as part of their everyday lives and puts this work on the web for a readership which accrues around their work.

These Nearlywriters know they’ve not been selected for publication in the conventional way, but they do have a critically engaged readership, and are spreading their words in a way that until very recently could only be done through a printed book – or a lot of photocopying.

Up to now I’ve called them Amplified Authors, using social networks, self publishing and the blogosphere to go into print without the mediation of a conventional publisher, but without conventional gatekeepers to tell us whether or not we deserve publication, those who write must shoulder responsibility for quality control and the route of their learning journey. Nearlywriters, in common with all the best authors, have the humility to know they’re not there yet.
However there’s no need to accept the parameters laid down by conventional publishing. Digital books don’t need a certain number of pages to be economically viewable or glueabletogetherable. My first digital fictionwww.insearchoflosttim.net included text, photos, video, songs and cartoons. None of this increased the price of production (which was nil). It’s as long as I wanted to be - and could be expanded or refined whenever I feel like it.

I reckon I’m a particularly well qualified Nearlywriter. At school I was good at English (as in useless at everything else), won various poetry prizes, drew cartoons, acted in plays, had a poem published in Puffin Post which was then copied by a schoolboy my age whose teacher entered it for a Guardian poetry prize and won, so by chance I’d been published in the Guardian, albeit under pseudonym, before I was 12.
In my teens I produced with friends two small ‘underground’ magazines, assembled with cow gum, electric typewriter and Rotring pens then printed offset litho. Way back in the 1980s and 90s I lived in Sheffield, worked in community arts and performed poetry. Writing sketches for The Friday Show at the Leadmill in Sheffield, a weekly satirical cabaret, I created a character called Betty Spital, ably performed by Jane Baker, and a book of her thoughts was published, first by the Yorkshire Art Circus and then - oh happy day! - by Penguin Books. The best bit of being ‘really’ published was the run up to publication day when I could bask in potential fame. After that I was either annoyed that bookshops didn’t stock it or they did and still had copies left unsold. I was delighted when the sub editor told me he’d fallen off his chair laughing at my writing, depressed when I heard my designated publicist had left the company.

I wrote a play which we took to the Edinburgh Festival; it won the George Orwell Prize, now an award for political writing, but in 1984 (of all the years to win it!) open to all kinds of literature. I reviewed books for the Ham and High and the New Statesman. Since then I’ve accumulated loads of experience of the ancillary activities of writers: I’ve run workshops, including a course on New Media Writing at the Arvon Centre in Yorkshire, written reviews, sat on panels of judges for writing prizes including the Forward Poetry Prize, the Asham Short Story Prize, even the Buddy Holly poetry competition funded by Paul McCartney, when my fellow judges were Roger McGough and Tim Rice. I have great writers as friends, I even know Andrew Motion – oh but everyone in literature knows him. I’ve been  a guest at Orange Prize and Booker prize givings – not because of my writing, but as Chief Exec of the organization, Booktrust, which helped to administer these.

I once dreamt that I’d won the Booker. “But I haven’t written a novel!” I cried as the judges pushed me out in front of the awaiting diners to accept my award. But they all reassured me that didn’t matter.

But I’ve never quite counted myself as a ‘proper’ writer, and early in what could be called my career, found my interest in the way that books happened in peoples’ lives was as strong as my desire to write books of my own. It seemed to me that there were plenty of quite good writers in the world, a few unsurpassable geniuses, and lots of exciting work to be done to bring great stories and poems to new readers. Which led to a career in what is known as  literature development, working as arts officer in public libraries in Sheffield and then Birmingham, promoting libraries as an imagination service, a hub for creative reading, a cultural breathing space.

Then I went on to run two major literature organisations: The Poetry Society and Booktrust, both of which were at a low ebb when I arrived and I’m pleased to say were thriving by the time I moved on. And yes, I worked hard, am proud of what the teams I led achieved, and so always rather resented how many assumed that all we really wanted to do was write poems and books ourselves.

An MA in Creative Writing and New Media changed my life. Prof Sue Thomas and author Kate Pullinger at De Montfort introduced us to blogs, wikis, twitter, skype et al, words so strange and new to me way back in the distant days of 2007.

I think I picked this course over ‘pure’ creative writing because it allowed me to write in a way that didn’t put me in contention with the writers I worked with. I could justify it as useful for work and then creep up on my creativity unawares. Fellow students included the amazing Toni Le Busque, artist, if:book associate. Through Sue I met Bob Stein who invited me to New York for one mind blowing week at the end of which he asked me to become co-Director of the Institute for the Future of the Book, an eminent institution based in his kitchen, which led to the foundation of if:book UK which is based in mine.

And with if:book we’ve been exploring all the digital possibilities for writers to make new forms of literature, the word set free from its conventional bindings allowing stories to be told in all sorts of interactive, mixed media, collaborative forms.

So perhaps the emerging definition of the book is a piece of writing that’s fully cooked. No longer set in stone or hot metal, but complete and fixed (until its next edition) In which case I want to make nearlybooks, still brewing, porous, infiltrated by readers.

I’ve just been re-reading Don  Quixote for my bookgroup – reading it on paper, on Kindle and iPhone, even a graphic novel version and a children’s animated iPad app., a reminder that the first novel was all about the nature of fictiveness and the parameters of this emerging form.
I’ve run workshops on Nearlywriting and Nearlyness, one with poet Saradha Soobrayen at N4 Library, the other with digital artist Mushon at a conference organised bywww.thepossibilityofabook.org in Shenkar College Tel Aviv. Both were liberating for me and I think for participants too.

I’m writing something, called the Nearlyology, and want to do this in public, or at least in a place where public might find it if they wish. Whatever you read there is only the beta version. Sections may be re-written, re-organised as I go along. I may decide to write privately for a while, or tear it all up and start again, And I don’t know yet if I’d want it to end up as a complete work, printed or otherwise. It’s an experiment, which is what if:book does. Keep in touch if you’re interested. I’ll understand completely if you’d rather wait to find out if the experiment turns out to be any good.