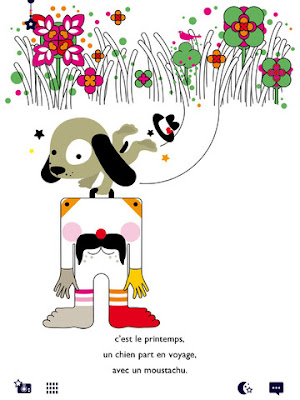 An independent jury considered 252 entries by 179 publishers from 25
countries. The overall winner and two finalists will be announced at the end
of the TOC Bologna conference on Sunday March 18th 2012.

It was a difficult choice. Among the 253 entries were many strong titles
that could have made the short list, and there were many very good products
that fell outside the narrative-driven criteria.  The jurors were seeking
innovation and interactive features that complemented and extended
storytelling. The jurors hope to consider a wider range of digital platforms
in the future as well as the opportunity to recognize the broad spectrum of
innovation.

After looking at the entire pool of entries, the jurors issued the following
statements. "It is clear that many children's authors and publishers are
starting to catch on to digital techniques. We saw repeated examples clever
and imaginative work.  The jurors stated: "these are not books and they
can't really be compared to books." They also stated "we recommend that
future contests consider a wider range of digital platforms, besides just
the iPad in search of a broader spectrum of innovation."

Despite coming from separate continents, the three winners shared a common
attribute. They provided children a rich, engaging experience while not
losing their connection to storytelling, writing and illustration. The
jurors were especially concerned with how the interactive media complement
these elements.

The Winner:
Dans Mon Reve by e-Toiles Editions from France
This is a surreal and poetic app, updating the traditional heads bodies and
legs format in a way that can only work on multi-screen. It leaves space for
a child¹s imagination and provides a setting for collaborative play, all
while breaking away from the page-by-page way of thinking.

Honorable Mentions:
The Numberlys by Moonbot Studios LA LLC, USA
Anyone who doubts that power of the multi-touch screen for storytelling
should see this hugely impressive feat of design.  Despite providing a
critique of totalitarianism; it somehow manages to provide a rich language
experience in a way that promotes social play by offering games that two
children can enjoy together. 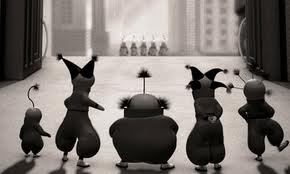 Quem Soltou o Pum? (Who Let the Fart Out?) by Atendimento Editora Schwarcz
Jurors said: This a wonderful example of using basic interactive techniques
with wit and intelligence, while telling a story that any child knows very
well: how to deal with a messy dog.  Many apps feature children as narrators
with varying success --  here it works beautifully. 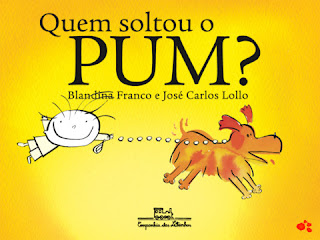 The jurors were Warren Buckleitner from Flemington, NJ USA Editor of
Children's Technology Review, André Letria from Lisbon, Portugal; an
Illustrator and Publisher; Chris Meade of London, England Director of
if:book UK, a think and do tank exploring the future of the book, and
Cristina Mussinelli, Milan, Italy of the Italian Publishers Association.
Email Post