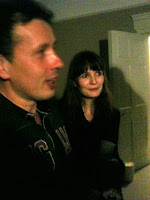 La Brigade des Images is calling for artists' videos and short films.
The films we are looking for are to be dealing with the suburbs: the way of life, the people, their hopes and despairs and the landscape of the suburbs.
Often a standard way of living can be found in the centre of major cities, a way of living that has to be reinvented in the surrounding suburbs.
The inhabitants of Romainville, Seine Saint Denis, will be taking part in the final selection of films for this new edition of Brigade of Images.
This selected films are to be shown in France and abroad beginning in May 2012 (Brooklyn, London, Tel Aviv, Budapest, Paris, Romainville).
An exhibition is planned for September.

You can find the screening locations in the broadcasting section.

The deadline for application is the 10th of March 2012.
Only DVD-R are accepted with a maximum length of 10 minutes.