I'm off to Australia tomorrow - which is nice - and, before speaking at a conference in Melbourne, I'll be working in Brisbane, at consultation meetings with writers, creatives, publishers and all sorts of wordpeople to help in the creation of a Writers Strategy for Queensland. I feel very fortunate to be involved in this, and looking forward to being back in a part of the world with more optimism about literature development and creative industries.

Here's my first post for the Arts Queensland blog. I'll post others here too and welcome any comments from the UK and elsewhere too.

Over the next couple of months, AQ with Chris Meade, Founder of if:books UK, followed by Queensland poet Graham Nunn, will be consulting with the Queensland writing sector about its future direction. Chris Meade sets the stage in this blog.
My son moved to Sweden last year. Until recently all I knew of Sweden was Ikea and snow. But then I bought  that Girl with the Dragon Tattoo book, travelled there through fiction and now I’ve inhabited the streets of Stockholm, pictured its scenery, tasted its coffee.
Last year I also met (this time for real) the team from Pub:lit, a dynamic  print on demand company based in Stockholm. They described how the success of the Millennium books has enlivened literary culture and built confidence that Scandinavian fiction can reach out to a wider world. Of course Swedes must also feel as bored of Millennium fever as the Brits are of Potter mania. No doubt arguments rage about which writers are better and what’s wrong with the author’s worldview; promoters will balk at the bleak and violent portrait Larsson paints of his nation… but Sweden is on the map in a whole new way, and the infrastructure of writing, publishing and literature promotion has been rejuvenated.
No strategy can create great writing, but it can provide a fertile setting from which exciting writing might emerge, it can seek out and promote talent that may currently be undervalued and overlooked; and it can use what’s there to encourage a reading culture in schools and across the community. Most importantly in 2011 it can help literary culture not just adapt to digital culture but seize on its creative and commercial potential now that we’re all Amplified Authors, able to use our laptops and mobiles to broadcast our words to the world.
When I visited Queensland last year I visited the brand new library at Cooroy on the Sunshine Coast. It brought home that no longer do we need an office in a capital city to be at the cultural heart of things. I see no reason why Queensland shouldn’t build a global reputation as a centre for a new model of publishing and writer development, attracting income from the entire English speaking world, fostering work that builds on what’s unique about where you live – from  its ancient storytelling traditions to new digital infrastructure.
Not long ago communications between Australia and the UK involved airmail letters or quick calls down fuzzy and expensive phone lines. Recently I spent an hour talking about the consultation with Cori Stewart during a relaxed hour-long video conference held for free on Skype. I’m looking forward to being in Queensland for real, but welcome your thoughts via this blog anytime, or by email at chris@futureofthebook.org.uk. 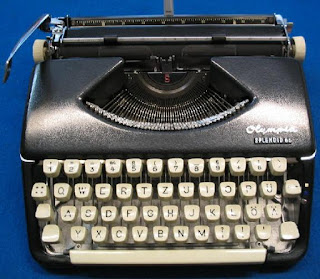