Recently, I went to Berwick St in Soho with a DJ friend of mine who was in London for a few days. Once hailed as having the greatest concentration of record shops in Britain – back in the 1990s Berwick St had more than 20 independent stores – the strip was even celebrated on the cover of an album by Oasis. But, when I visited a few months ago, the scene was a far cry from those ‘glory’ days. 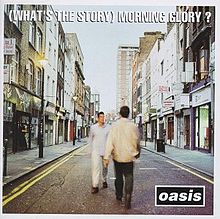 A scant few audiophiles sifted through overflowing racks of secondhand records and CDs. Signs advertised albums for 10p. I politely flicked through bent cardboard and cracked plastic, feigning interest while my friend searched for any loot he might strip from the wreckage. It took me only a few minutes to abandon any interest.
I was struck by how relatively quickly the concept of “browsing” had moved from shelf to screen. Through no fault of its own, this record store had become a room full of junk.  While I waited for my friend I asked the assistant for his predictions on the future. “It won't be long before all these places around here will be replaced by a string of coffee shops."
This struck a particular chord with me because only a few days earlier the research partner I have been working with here in the UK, if:Book, announced its plans to transform a project we’d been working on together, an experimental community based bookshop, into – you guessed it – a coffee shop.
Well, not just a coffee shop, but an experiment in finding new ways to attract people to visit spaces where, for a modest expenditure they can enjoy a variety of reading experiences. In this case it happens to be a rather unpretentious café above the local library. Here there’s lots of light, some large tables to work or read and wifi. There’s also a wall of books for sale (a mix of big name and local self published products), and community noticeboards which advertise, amongst other things, courses in digital literacy, book making and creative writing. So, it’s not just a coffee shop but a literary social space.
If Berwick St left me wondering: are bookshops – spaces easily as beloved by their public as record stores once were – eventually to suffer a similar fate? The ifBook experiment ‘cafe/bookshop in the library’ made me speculate on whether this might be a possible solution.
In his book Last Shop Standing: Whatever Happened to Record Shops? Graham Jones attributes the closure of independent stores to the new market landscape in which record companies put online retailers and supermarkets ahead of independent outfits. But corporate greed and agglomeration are only one side of the story: customers have turned away from traditional shopping experiences in favour of online services. Even the local video rental store has now vanished from our streets because of these changes in consumer behavior.

Dr Caroline Hamilton has been visiting the UK for 6 months as part of an Endeavour Fellowship investigating how digital culture is affecting the work of bricks-and-mortar bookshops. You can read more about her work at: www.printedmattersproject.blogspot.com
Email Post