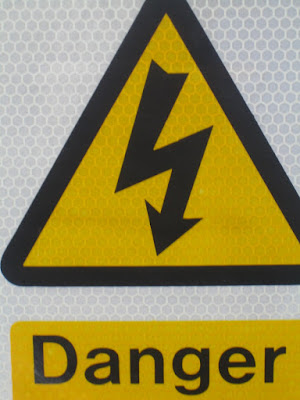 Last night I went to NESTA for the launch of 'Attacking the Recession - How Innovation Can Fight The Downturn', a report by Charlie Leadbeater and others. It argues that the current crisis can focus our minds on finding innovative ways of tackling the big issues for the future, in particular climate change and services to the growing number of older people. (Time to launch that solar powered wheelchair business then). Public and private partnerships, social as well as commercial entrepreneurs, can exploit the benefits of our newly networked society. As the Minister for Science and Innovation said, "Be bold and get on with it."

It struck me that in the last recession those who lost their jobs found themselves instantly out in the cold, cut off from colleagues and their area of expertise. Now via the web we can play an active part in the culture of our nation on very limited means. With a blog and a search engine we remain fully equipped to investigate and comment on the world. Even in an age of massive economic contraction, much of our digital abundance looks set to continue. I wonder if we've grasped the implications of that for society.

Good to see the Government embracing innovation then. Meanwhile here are two of the many comments received concerning the shortsighted thinking at De Montfort University which is planning the demise of the Creative Writing & New Media MA. Please keep your comments coming.


"The sad thing for me, about all of this, is that there is a very real cultural revolution underway, partly ideological/political, partly technological, but definitely an extraordinarily deep sea-change - from the canons of classical and well-defined literature and discipline (in both senses of the word - power engenders it) - to an electronic communality with radically new ways of thinking - if not new forms (and possibly so many forms that one might think of formlessness or non-form or something to the effect that 'form' no londer rides on the back of tradition). Almost nothing reflects this in the university system - sure, there are new media courses coming out of art/theory area, but very little from within literature itself, and this MA, not to mention trAce in the past, has been far-sighted and pioneering. I'd beg the university to reconsider, but given the current world economy, I doubt they'd listen. It's upsetting and depressing; I wish something could be done about it.


Wait! This makes NO sense. As I understand it, DMU has been making some really well thought-out moves to bring the university and Leicester into the 21st century. I've been a guest in this course on more than one occasion via online participation -- something students ought to be learning today -- and saw worlds open up to them. Isn't that what a university is for? Something strange about this. I fear DMU will regret this.