if:book associates include the wonderful actor, writer and director Cindy Oswin whose Salon with Gertrude and Alice can be seen at the Toynbee Hall studios this thursday, 13th Nov 2008 at 7.30pm
(phone 020 7650 2350 to book tickets). Stein and Toklas were hosts to numerous significant writers and artists including Picasso, Matisse, Hemingway and Scott Fitzgerald. Drinks and refreshments from the Alice B Toklas cookbook will be served during the performance.

Cindy Oswin is a writer, performer and director who has worked with many innovative theatre companies, as well as writing for opera and film. Her long term project, On the Fringe, a personal history of British experimental theatre from the sixties to the eighties, will be shown again at the British Library in 2009. if:book is hoping to work with Cindy on a related web project soon. 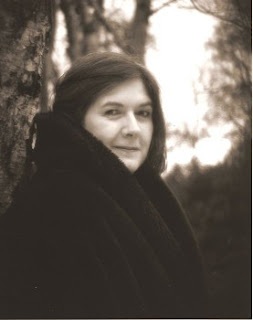 Another if:book associate is Toby Jones, currently to be seen as Karl Rove in Oliver Stone's W and as Swifty Lazar in Frost/Nixon. You can read about the FOUND project here, and in this week's Times Educational Supplement. 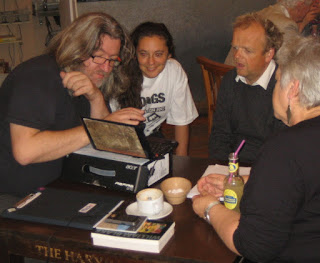