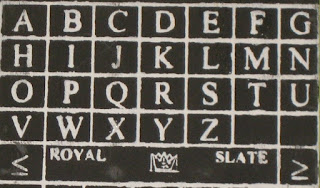 Here are some hastily scribbled and no doubt inaccurate notes taken during Richard Gameson's fascinating history of the book. Richard is Professor of the History of the Book at Durham University and we appeared together on a panel on Sunday chaired by the wonderful Claire Malcolm of New Writing North and Fiona Gameson, an expert on braille, audio and other non standard format books.

The word book comes from the Old English word for Beech, the wood on which you write runes. Scrolls were the normal form until the 3rd Century A.D. Each scroll contained 1,000 lines of verse and a bucket of 12 of these was the equivalent of a paperback.

In the 3rd & 4th Centuries scrolls were superseded by the codex. Binding together individual pages was preferred by the early Christians wishing to create a permanent canon of texts - scrolls could have bits glued onto the ends of them; books were finite, fixed.

For the next two and a half centuries books were mostly written by monks. One monastery apologised for their failure to finish transcribing a book saying, "the hand of the scribe is frozen." And books have been found containing notes of complaint from bored monks.

Up to the 12th Century books were essentially a meditative tool. In the 13th Century the piece system sped up production by farming out books to teams of scribes - an early form of print on demand. In the 15th Century printing using movable type was the big technological breakthrough, but Gutenberg's Bible was no best seller - his backer went bust and sued him.

Caxton did better commercially, and was not only printer but editor, explaining why he'd chosen to cut out the boring bits in books he produced. 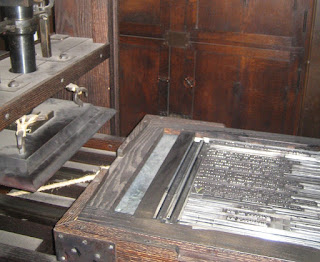 Then the debate skipped a few pages and arrived at... NOW, when the printed page is being converted into more fluid forms. Where once oral culture was fixed and bound by the book, now it frees itself again. The everchanging wiki novel echoes the evolving stories of wandering storytellers, different each time they're declaimed; lulu.com replaces the chilly monk making copies on demand; bloggers stand in a virtual and global Speakers Corner pronouncing on their favourite topics; and the big questions arise again about what constitutes a book.