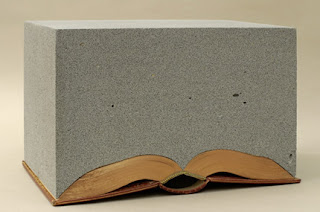 It's been a good week for hearing from people doing interesting work. In fact I'm feeling quite overwhelmed by the richness of the new world I've arrived in, digital convert as I am.

Fee contacted me from Australia, interested in if:book's work and telling me about her work:

"Eight years ago I launched an ultra-short story project and dare I say, a new genre of literature: the-phone-book.com, so called because it quite literally turned your mobile phone into a book. As producing artists the fascination was in taking a technical challenge (max 150 words of text to a WAP page) and turning it into a creative limitation for 'the talent'. With little funding behind us promotion was viral; even back in 2000 this was enormously successful; we received thousands of stories each quarter from all sectors. People who didn't consider themselves writers thought 'hang on, I could do that'. Teachers used the model in creative writing classrooms and sent in whole rooms-worth of submissions.

Writers loved both the innovation and skill required to craft the perfect 150 word, 50 word or 150 character story, as well as the delight of receiving a cheque for their labours on publication. It ran quarterly for 3 years with a total of 935 stories written by 330 writers from 24 countries with a web site containing both text and audio recordings of each work and a WAP site with just the text versions.

Offshoots into the 'physical world' included four mini anthologies, a 3 disc CD of recordings, an interactive audio installation and a DJ scratch battle tool. It can currently be found in its third content management design at http://www.tpb.mobi.

That project spawned a company, the-phone-book Limited, which is sadly now being shut down and all the projects archived (I've now moved to Australia to continue the mobile legacy with an ongoing partner, the Australian Network for Art & Technology). But before we closed we had educated a new generation of mobile content producers and ruffled a few traditional publisher feathers en route. In 2006 the inaugural Manchester Literature Festival commissioned us to develop a new, live-literature project for their festival.

The Burgess Project was the result, a live-literature promenade performance with new local writing inspired by the life and work of Anthony Burgess. Narratives were delivered as live spoken word and performance poetry, two-way text messaging, bluetooth broadcasting, VJ remixing, filmed storytelling, public screen intervention and a good old sing-along. You can see the blog and the trailer for the accompanying doco/film at http://www.theburgessproject.com."

I'd heard about this excellent project from Chris Gribble, now at New Writing Partnership in Norwich, so it's good to find out more.

Then Jay emailed me about his Loose-Fish Project: "using the conceits of ARGs as a platform for adapting and updating classic literature. The first piece was a sci-fi adaptation of a Herman Melville short story, written for and published via Twitter <www.goodcaptain.com>. The current piece is a modernization of Spoon River Anthology, published as a group city blog, in partnership with Metroblogging <http://spoonriver.metblogs.com>" 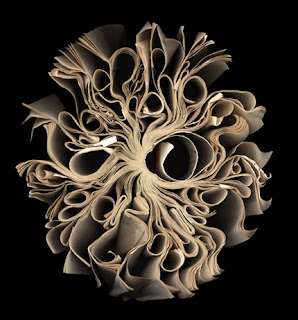 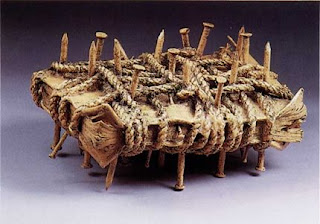 And via Tim Regan's website I found Book Art All-Stars and the photos of book art reproduced here. O, what a web we weave!