When I was still Director of Booktrust we launched The Big Picture, a campaign to promote more conventional picture books for children which has been very successful in convincing publishers and the trade to promote the best illustrated books around.

A bit of random twittersearching led me to this piece of advocacy on behalf of digital children's picture books by Jean Gralley, illustrator - and twitterer.

And writer Joe Dunthorne has sent us details of an amazing sounding event:

"I thought you (and any other FotB crew) might be interested in an event I'm involved with, on the 30th October at the Bethnal Green Working Men's Club. It's called Infinite Lives and is a night of literature influenced by video games.

I'll be reading a choose-your-own-adventure type story based loosely on the text adventure games of old, with the audience shouting out how they want the character to behave.

There'll be songs about Donkey Kong, sonnets about the Street Fighter characters, and an argument for why computer game heros are more valuable and relevent common reference points than the figures of Greek mythology.

And other ways to alienate most of the audience.

If there's anyone else you can think who might be interested in this, please let them know."

So here I am telling you, dear Bookfutures reader! More details at joedunthorne.com 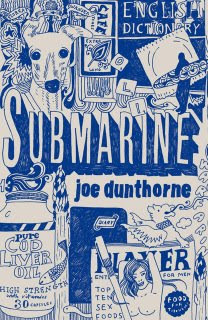